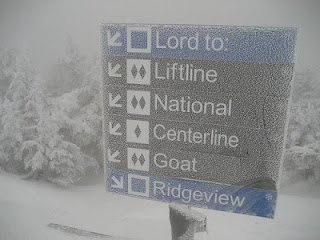 As we are getting ramped up for the start of another school year in British Columbia, I have now shelved my John Grisham novels and Sports Illustrated magazines until next July.  Like many educators at this time of year, I have re-engaged in professional reading to get myself amped up for Day 1.  Last night, I finished Five Disciplines of PLC Leaders by Timothy Kanold, and found a number of parts that resonated with me, especially around the concepts of failure and engaging students through appropriate level of challenge.

Earlier this week, BC Principal John Tyler (@mrjtyler) sent out a tweet indicating that "Failure is not only OK, it is a necessary part of learning..." .  This evoked a number of comments from different educators (including myself) about the use of the term 'failure'.  I have long opposed the idea that 'failure' teaches students:  as a result, I have written a few posts about it ("If you could not fail" and "Failure doesn't teach kids, we do!") and truly believe that we need to teach kids resiliency skills through the use of appropriate levels of challenge rather than posthumously saying that failure is a necessary evil when students are unsuccessful in doing something for us.

I like downhill skiing.  However, downhill skiing can be particularly intimidating for a novice.  As a new skier, had someone pointed me down a run with two large black diamonds and a name like "The Washing Machine" or "Cliffhanger" and said, "You are going to have to learn to ski moguls at some point!  Falling is just part of the process.",  I likely would have taken my skis off, walked down the mountain, and never attempted to ski again.  My exposure to skiing would have ended in abject failure. Even if they would have taken me to a steep blue run without moguls, I probably would have done the same thing.  But as a new skier, if they had taken me to a green run with a wide and gradual slope, and were there guiding me along the way, I would have found a level of challenge that would have suited me.  I would have been IN. (This is exactly what happened for me as a kid, and now The Washing Machine is not too bad).

In Kanold's book, I found an image that helped me better visualize (and should help me better articulate) what I mean when I am speaking of the importance of an appropriate level of challenge for learners when it comes to developing a new skill.  This can apply to students in our classrooms, and for me as a building administrator, it can also apply to sessions when I am working with our staff on professional development.

Kanold states "to keep your teams (students) at a level of optimal performance, you must achieve the proper balance between their current knowledge and skill level and the level of complexity for the new task actions or challenges".  This makes so much sense to me.  We cannot put learners in a situation that is too difficult without the prerequisite skills.   They will struggle, feel that the task is beyond their ability level, become anxious, and once that anxiety level has gotten to a certain level of intolerance, learners will give up.  To me, this 'giving up' defines failure--failure occurs when we make learners quit.  Similarly, if we put learners into a situation that is not challenging to them, they will likely become bored and disengage in a relatively short period of time.  In this case, we also may have caused the learner to quit: this represents a different type of failure, but a failure nonetheless.

However, if we can get learners into the "Flow Channel' that Csikszentmihalyi and Kanold illustrate, we can truly engage them in the process of learning and executing the skill that we are teaching.   To me, getting into this Flow Channel requires a few things:

1)  A clear understanding of the skill that we want the learner to master, broken down into manageable checkpoints
2)  Understanding the ability level that the learner brings to the table (so we know the appropriate entry point to the skill)
3)  Frequent monitoring (so we keep the level of challenge in the flow channel)
4)  Constant feedback (so that we keep them moving toward the target)
5)  Freedom for the learner to develop their own meaning and explore their own ways to master the skill

Granted, looking at tasks in this way takes work.  But it is good work, and it is our responsibility to do so.  By considering the concepts around the Flow Channel, we can move learners through the skill acquisition process in a way that engages them fully, limits their anxiety and boredom, and ultimately reduces (and hopefully eliminates the 'need' for) failure.

Posted by birklearns at 2:00 PM

Thanks for taking the time to comment on my blog!